File sharing from consumer to agent

Consumers can now share information via files with agents such as documents, transaction details and others. This can provide agents with the info they need in order to better help the consumer. Consumers can also download files from resolved conversations.

The iOS SDK supports previewing all the supported file types on the device as per the iOS operating system by tapping on the thumbnail image.

Support for Bitcode is Enabled

The Liveperson SDK no longer requires Bitcode to be 'Disabled'.

Any file larger than 5 MB selected from document picker will trigger an alert view: 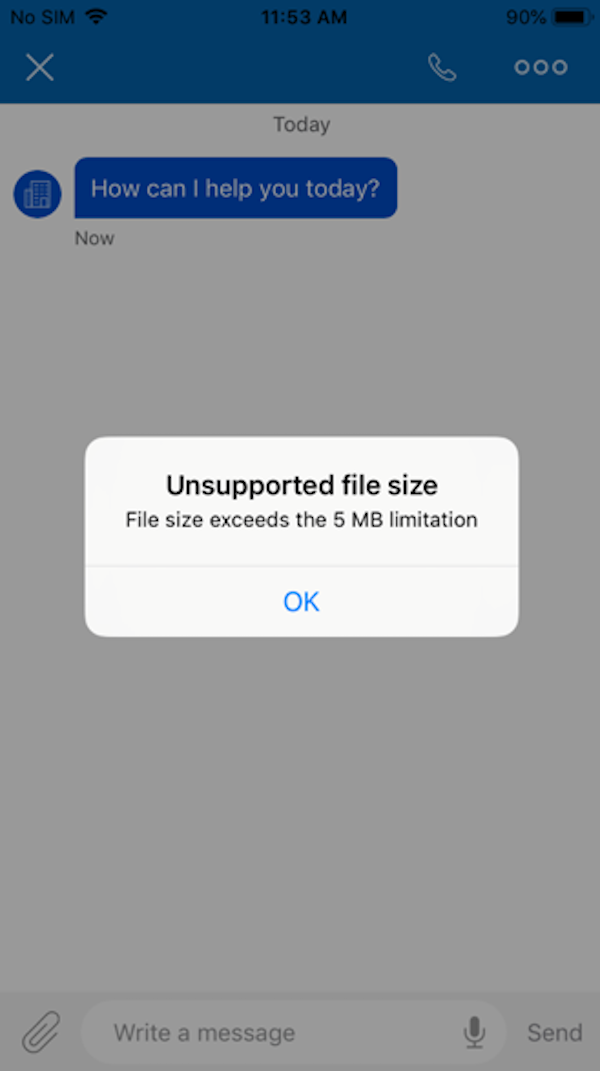 How photo and file sharing works

For more details about how photo and file sharing feature, see Photo and File Sharing