When you create an internal or external knowledge base, you specify its language: 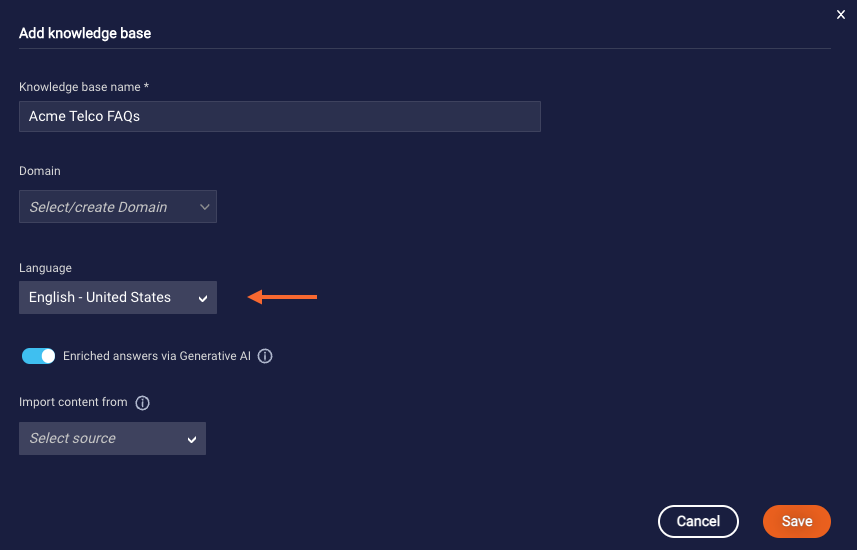 You can select any of the following for the knowledge base’s language:

If you need to support special language characters (e.g., ö, ü, ß), and you’re creating an internal knowledge base by importing a CSV file, ensure the import file is saved as a UTF-8 encoded CSV file beforehand.