Power Virtual Agents is a platform provided by Microsoft for codeless chatbot development. Therefore, this platform can be used instead of creating a bot with the Microsoft Bot Framework. Please read the Microsoft documentation on a more detailed guide. Throughout this document the platform will be refered to as PVA.

The Direct Line secret necessary to add the bot on Third-Party Bots can be found in the Manage Section of the PVA bot. 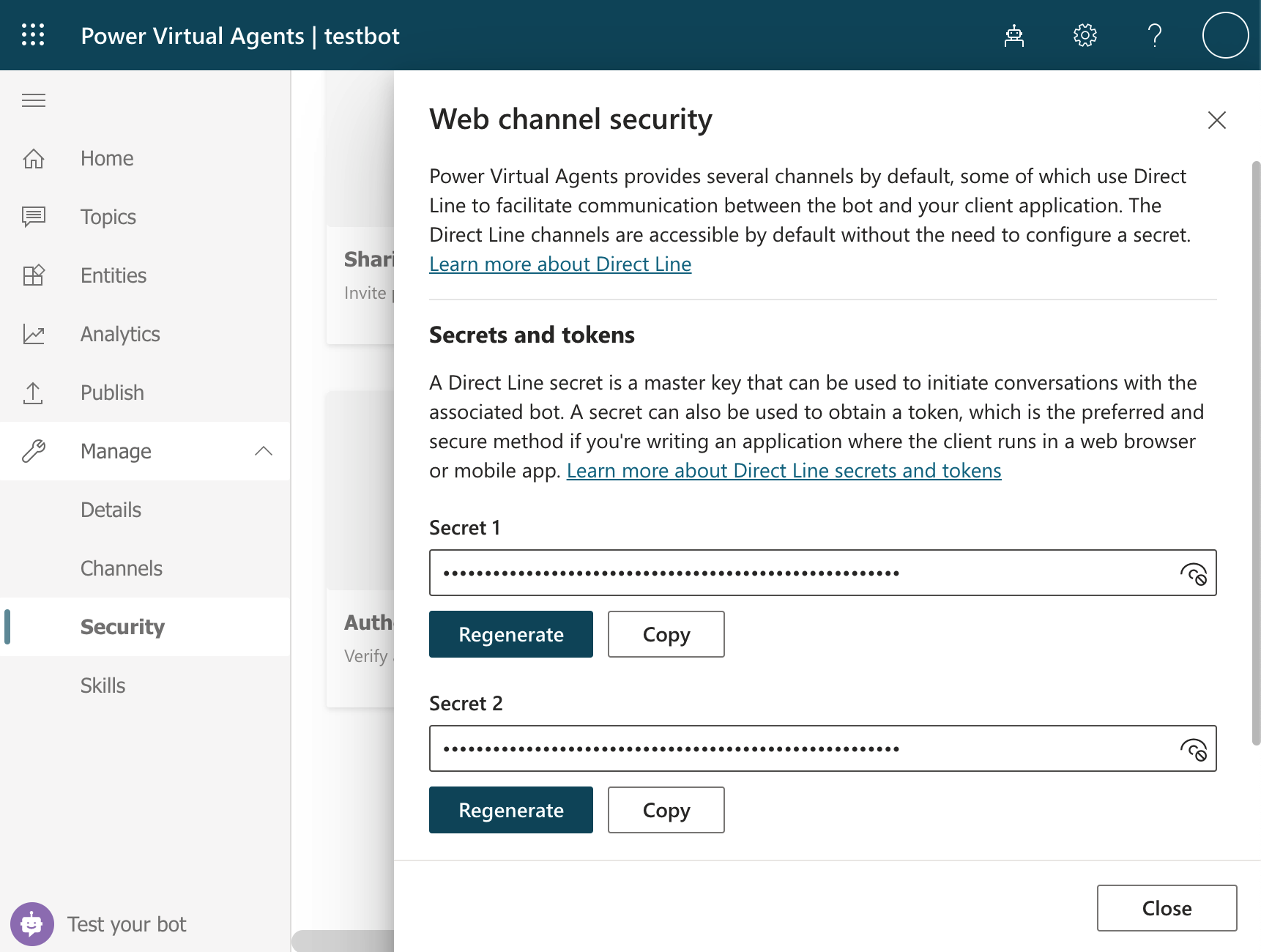 Adding this bot to Third-Party Bots will already enable you to leverage most of the bot functionality. For certain features of the PVA platform, however, you should also mark the bot as a PVA bot in the bot configuration

End of Conversation: This PVA node type found under End the conversation=>End with survey will send a native endOfConversation activity. As this is not supported by the Direct Line Channel this connector is also not capable of supporting this node. To close a conversation send custom Channel Data as seen in Figure 4.4.

The connector will send any Markdown as provided and not process the text further.

By enabling the PVA setting the connector will generate a native welcome event on a new or transfered conversation instead of the custom one described under Basic Content. This will trigger the System Topic Greeting configured on the PVA Platform.

A question node in PVA can be defined to provide predefined options for users. Third-Party Bots will automatically translate these options to quick replies.

This PVA node can be selected under End the conversation=>Transfer to agent and will create a native event activity with the name handoff.initiate. Third-Party Bots supports this event. It is, however, crucial to take an additional step for it to work as a Conversational Cloud transfer request. A variable named skill needs to be set before the transfer node is executed. This can e.g. be achieved by calling a Power Automation Action that returns such a value. 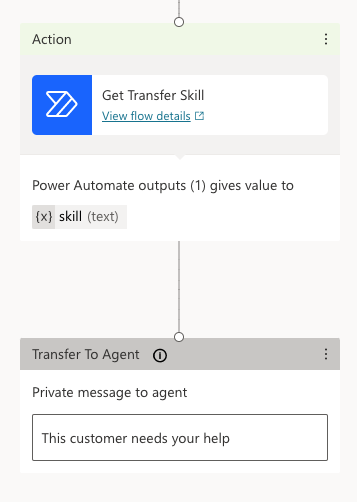 The node allows to define a Private Message to agent. This message will be sent before the transfer and is not visible to the customer.

The PVA platform does not have a native option to send channel data information. However, the connector will assume any valid JSON content sent in the message field to be channelData content. This means all channelData objects documented for this connector can also be sent as a JSON string in the Message node. In the following example this is used to send a Close Conversation action.