Using LivePerson Functions with a Bot

To enable the use of LivePerson's Function (FaaS) integrations, please contact your LivePerson account representative (other contact options: chat with us on this page, or message Support) for assistance.

In this scenario the Transform Result Script is used because the function is simply returning a string. In the case where a function returns a complex JSON structure, it's up to you to use the same or to take advantage of the Custom Data Fields. For instance, if the response from the function were:

You could set the following as Custom Data Fields:

Then, you could use the response within a dialog’s interaction by using the following notation:

Here’s a visual summary of what needs to be done within the Integrations tab: 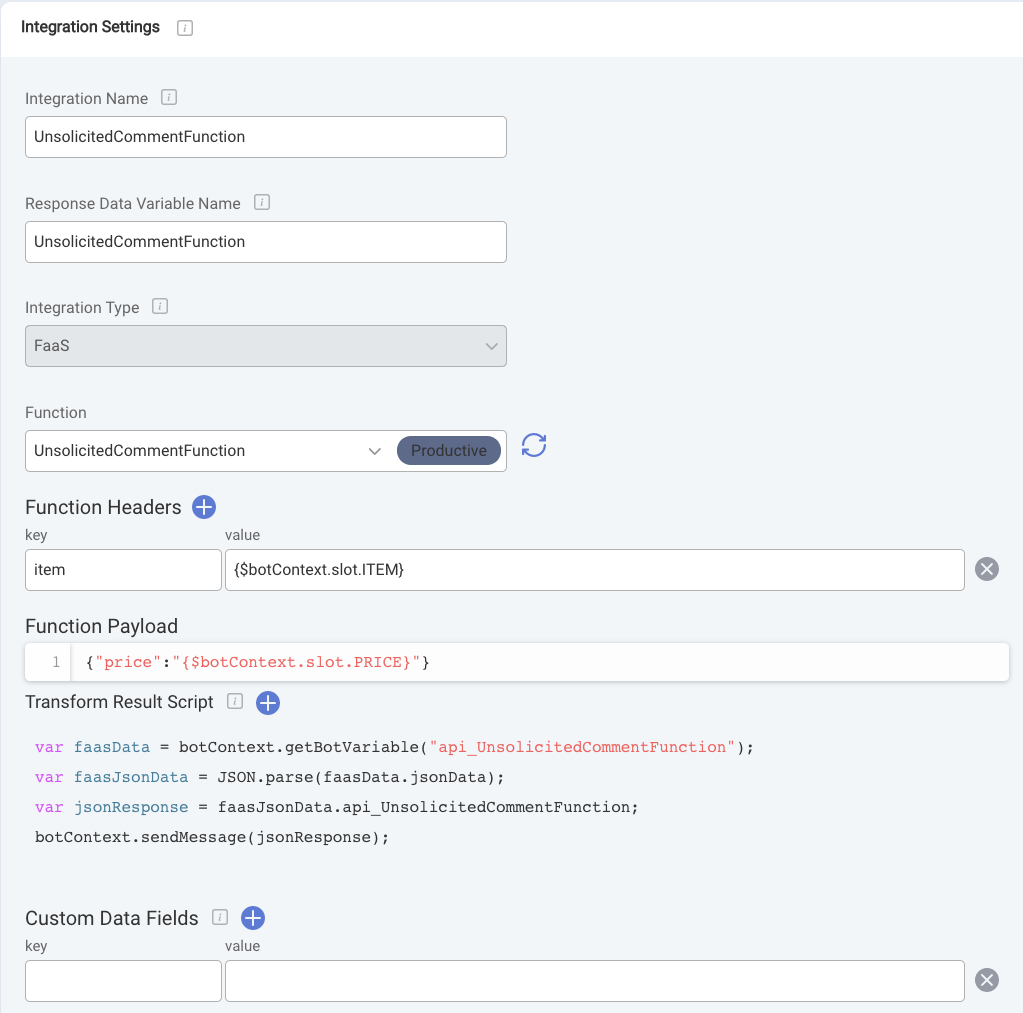 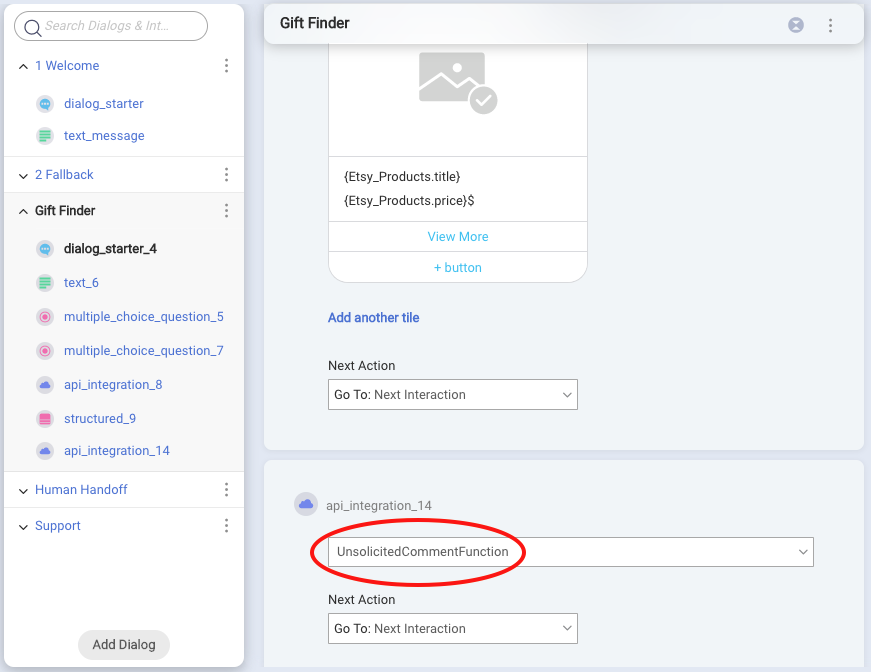 This is the end user's experience in a conversation: 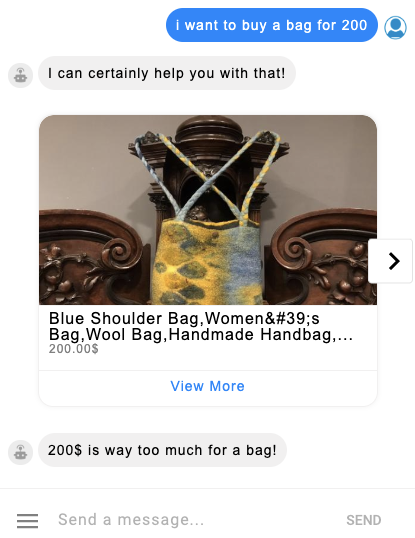