The techniques discussed below provide solutions to common use cases and conversation challenges.

Keep the consumer in the current dialog

You can help to keep the consumer in the current dialog by offering predefined options in a menu of buttons or predefined choices to a multiple-choice question. However, there's no guarantee that the consumer won't ignore these and type a response of their own. This means you need a way to handle any other response.

To solve this problem, you can create a rule with a No Match condition that directs the flow as you need, either to repeat the same question or to redirect the flow to somewhere else within the bot.

To implement this solution

In our example below, the No Match condition directs the flow to the current interaction in order to repeat it. This interaction is a question that asks for the consumer's email address. 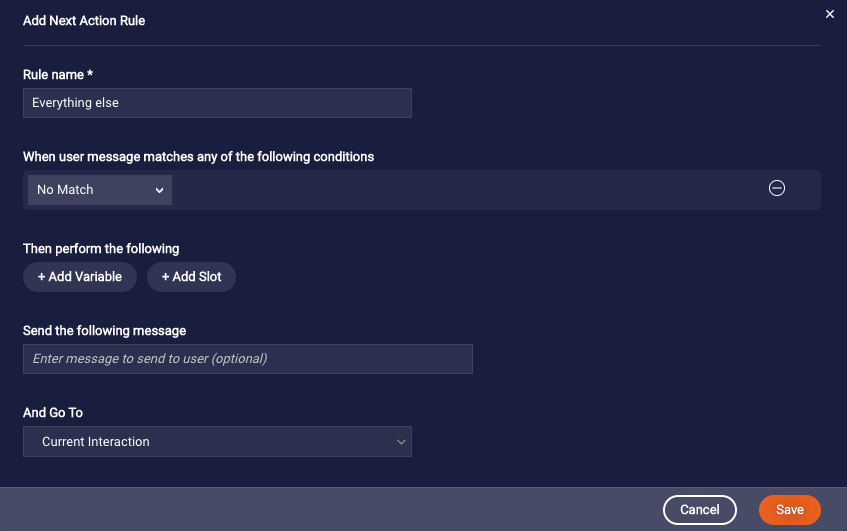 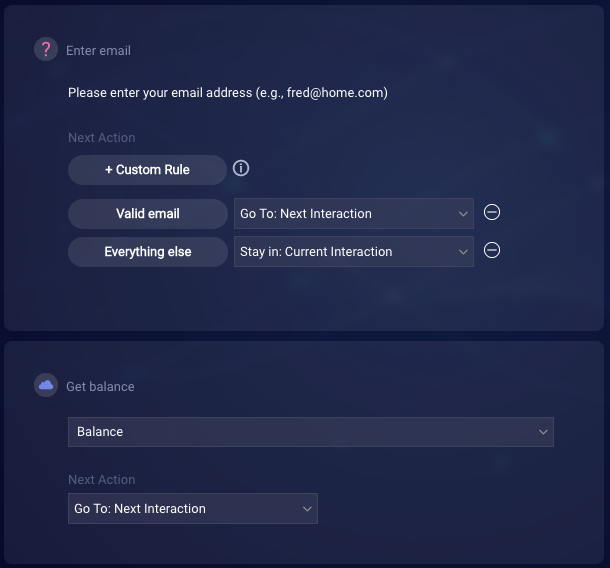 When the user enters anything but a well-formed email address, this yields a conversation that looks like the following, where the email address question is repeated: 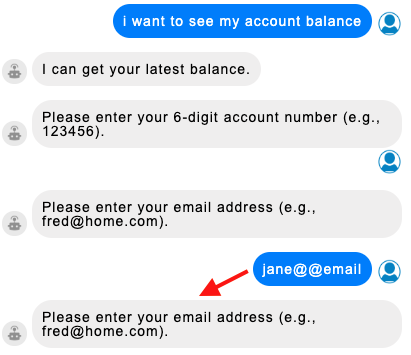 For more information on the "No Match" match type and other match types that can be used in conditions, see here.

One bot scenario that is typical is to have the bot present several text interactions containing information, with small delays between each interaction (to aid accessibility issues). After the interactions are sent in sequence, the bot then asks the consumer a question to decide the next step in the conversation flow.

The problem that can occur in this scenario is that there's nothing to prevent the consumer from typing an utterance while the bot is sending the sequence of messages. When this happens, the utterance is processed for matching intents and patterns, which means it can "jump" the consumer to an upcoming question in the current dialog, to another dialog, or result in a fallback response.

To solve this problem where the consumer interrupts the bot with "intermediate" messages, you can use a set of specific environment variables that work together to catch and ignore all consumer utterances until the next question is reached. 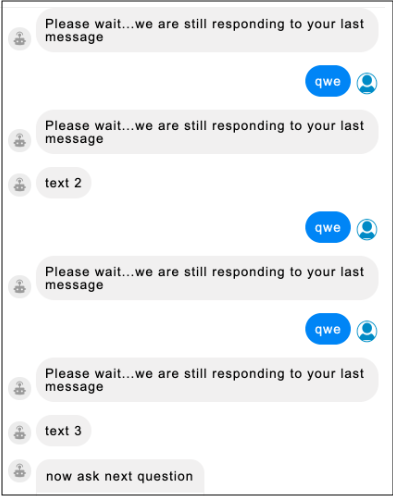 To implement this solution

The JavaScript editor within Conversation Builder doesn't natively support encoding to and decoding from Base 64. If you have a case where you need to do so, you can call a FaaS function and use the crypto package to encode a value and return it to your bot. Alternatively, using the following code in your Global Functions will give you access to this functionality without having to call outside of Conversation Builder.

Below, we've constructed two new functions – encode and decode – that work the same way as the Window object's atob and btoa functions:

Once created, you can call both functions as needed from the Pre-Process and Post-Process code editors. 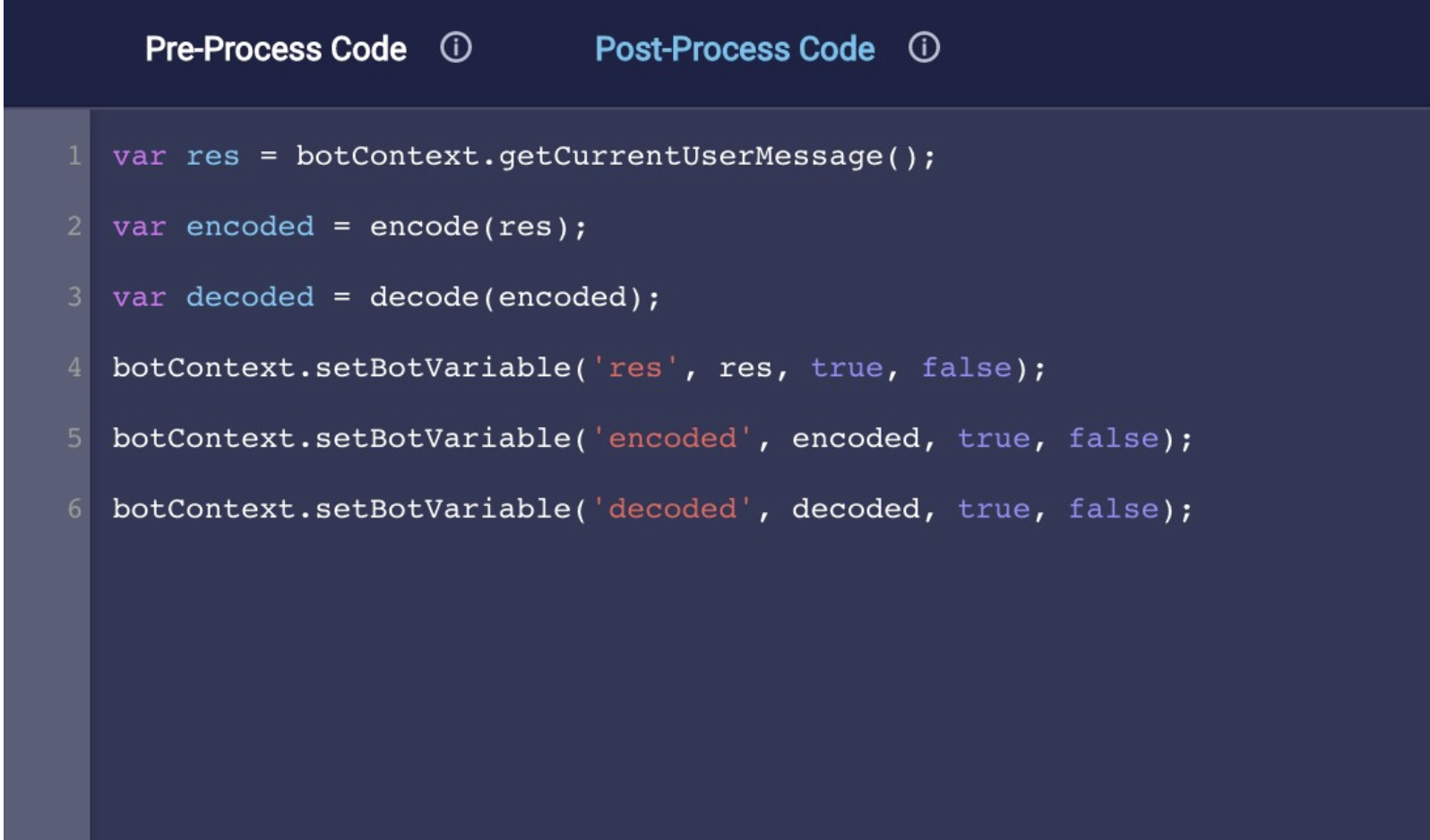 Both functions were adapted from a polyfill located here.