Statement interactions simply display information and then execute the next action. They don’t expect or wait for a user response.

For information on which statement interactions are supported in which channels, see here.

Text statements can display dynamic values through the use of variables; for help with using variables, see here.

For information on which channels support image statements, see here. 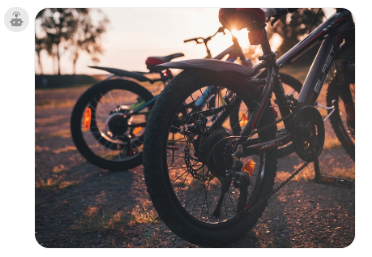 Video statements currently aren't supported by Conversational Cloud. As an alternative, use a Text statement that includes the video URL as a link.

For Apple Messages for Business only.

Use of Apple rich links for video is not supported at this time.

If your business uses Apple’s Messages for Business service to chat with consumers via the Messages app, you can use this type of interaction to send a richer, more interactive and structured message, for example: 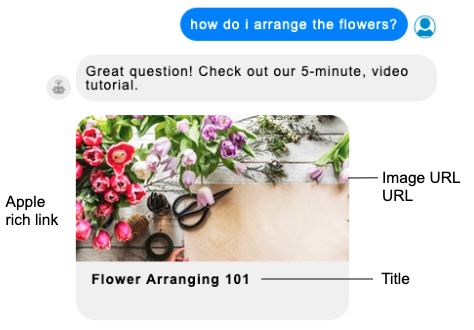 Apple rich links let consumers directly preview an inline image or video. If you were to use a plain URL for an inline image or video sent through Apple Messages for Business, the consumer would have to tap the “Tap to Load” message to load the content. But with an Apple rich link, the content is displayed directly. (The interaction has been developed per Apple's Rich Link specifications, which you can find here.) 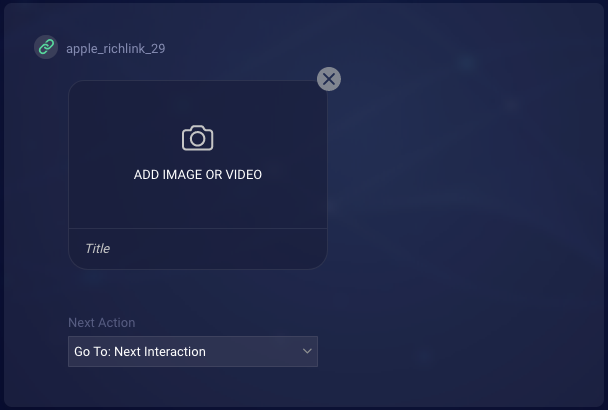 Use of Apple rich links for video is not supported at this time.

You can populate the statement with static information, or it can be populated dynamically during run time, for example, using data received from an API integration. 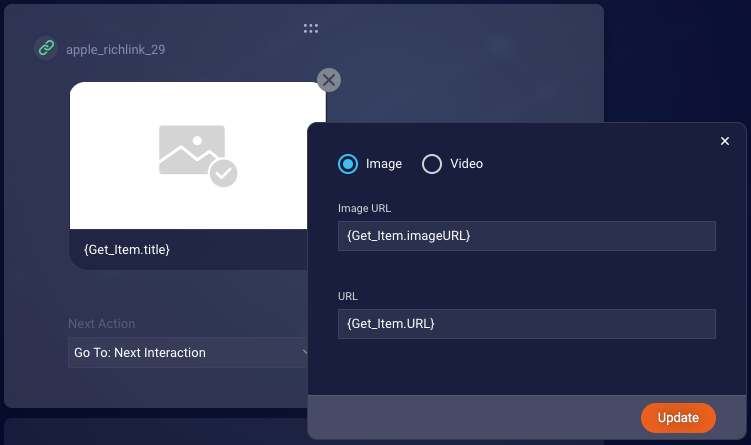 Private messages are messages that are visible to all conversation participants except the consumer.

Human agents can send private messages within a conversation. This allows agents to privately seek guidance from managers. In turn, it also allows managers to provide that guidance privately. More on this here.

Bots can send private messages too. You can design a bot to send a private message at any time in the conversation flow. Typically though, you'll want to do this just before a transfer to a human agent.

Why use a private message?

There are several scenarios where private messages sent by bots can be useful:

Can I use a private message to send contextual info from one bot to another?

No, in a bot-to-bot transfer, you should transfer contextual info as discussed here.

Can I see private messages within the Preview tool in Conversation Builder?

Yes, private messages are visible within Preview, so you can easily test them. They are displayed with a “Private” indicator.

Are private messages included in a conversation transcript?

Yes. However, there’s an important exception: Conversation transcripts that are sent to consumers (e.g., by way of a post-conversation survey bot) don’t include private messages.

Can both agent and manager bots send private messages?

In which types of dialogs can a private message be sent?

You can send a private message in any type of dialog.

Are there any associated scripting functions?