The following documentation outlines the details of the Connector for Microsoft Direct Line. It describes how the connector is implemented and what limitations this imposes on bots that are added via this connector. It shows how activities need to be composed to successfully send messages and actions to the Conversational Cloud.

It does not go into details on implementation details of such a bot. Microsoft provides different ways to implement chat bots like the Bot Framework SDK. A good starting point is the documentation on Azure Bot Services.

The connector respects the error codes sent by the Direct Line API. For example, the API sends the HTTP Status Code 502 if a bot does not handle a message within 15 seconds. This means that our connector won't process activities that are sent by the bot in this case. Instead, it resends the message up to 2 times on server errors. For details how a bot can acknowledge the request within 15 seconds, see Microsoft's documentation on how bots work. 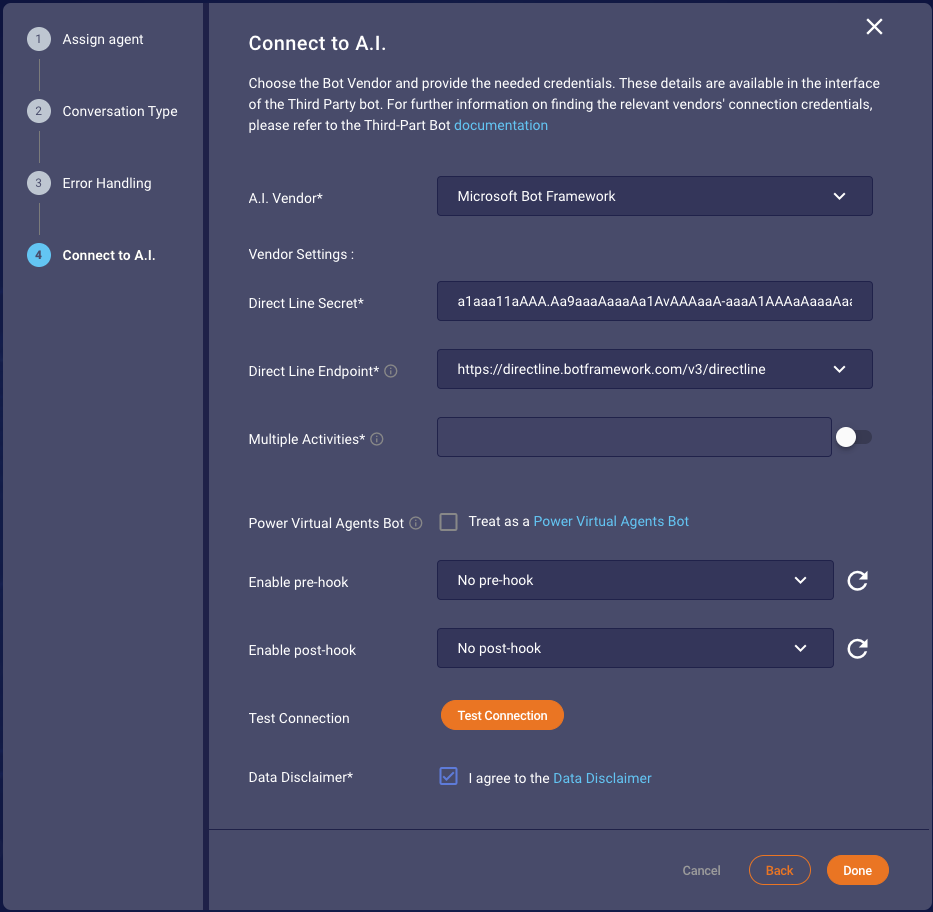 Test Connection requires the bot to acknowledge the test message that will be sent. The bot does not necessarily need to send any response activities for this message.

The Direct Line Secret can be found in the Azure Portal if you select the corresponding Web App Bot and edit the Configuration of the Direct Line Channel. 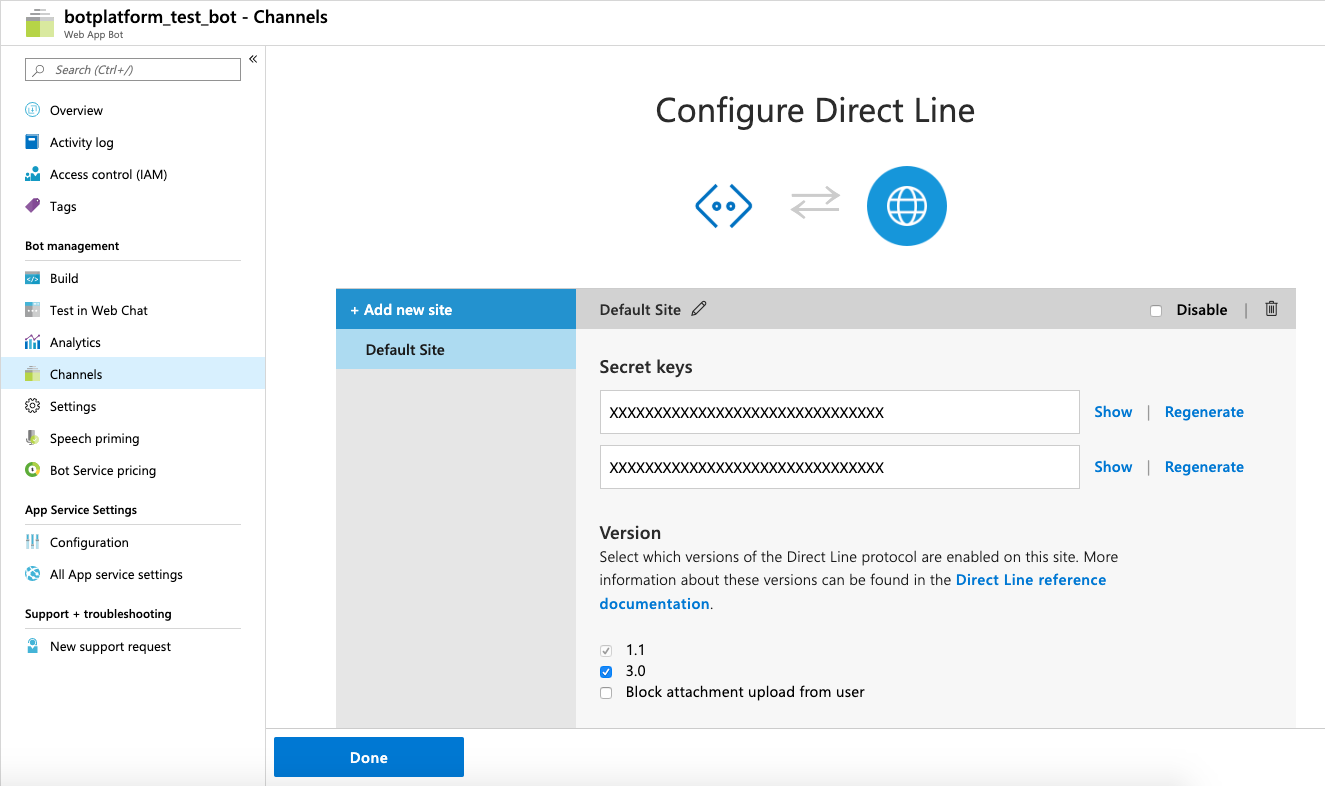 Figure 1.3 Location of the Direct Line secret in Azure

If a message is routed to the bot the connector implements the following steps to retrieve the responses from the Direct Line API:

Figure 1.4 Flow for starting/resuming a conversation

After a conversation client has been retrieved in this way, the customer message is send to the Direct Line API. The connector does retries on error responses and will poll for the responses after the message has been successfully send. 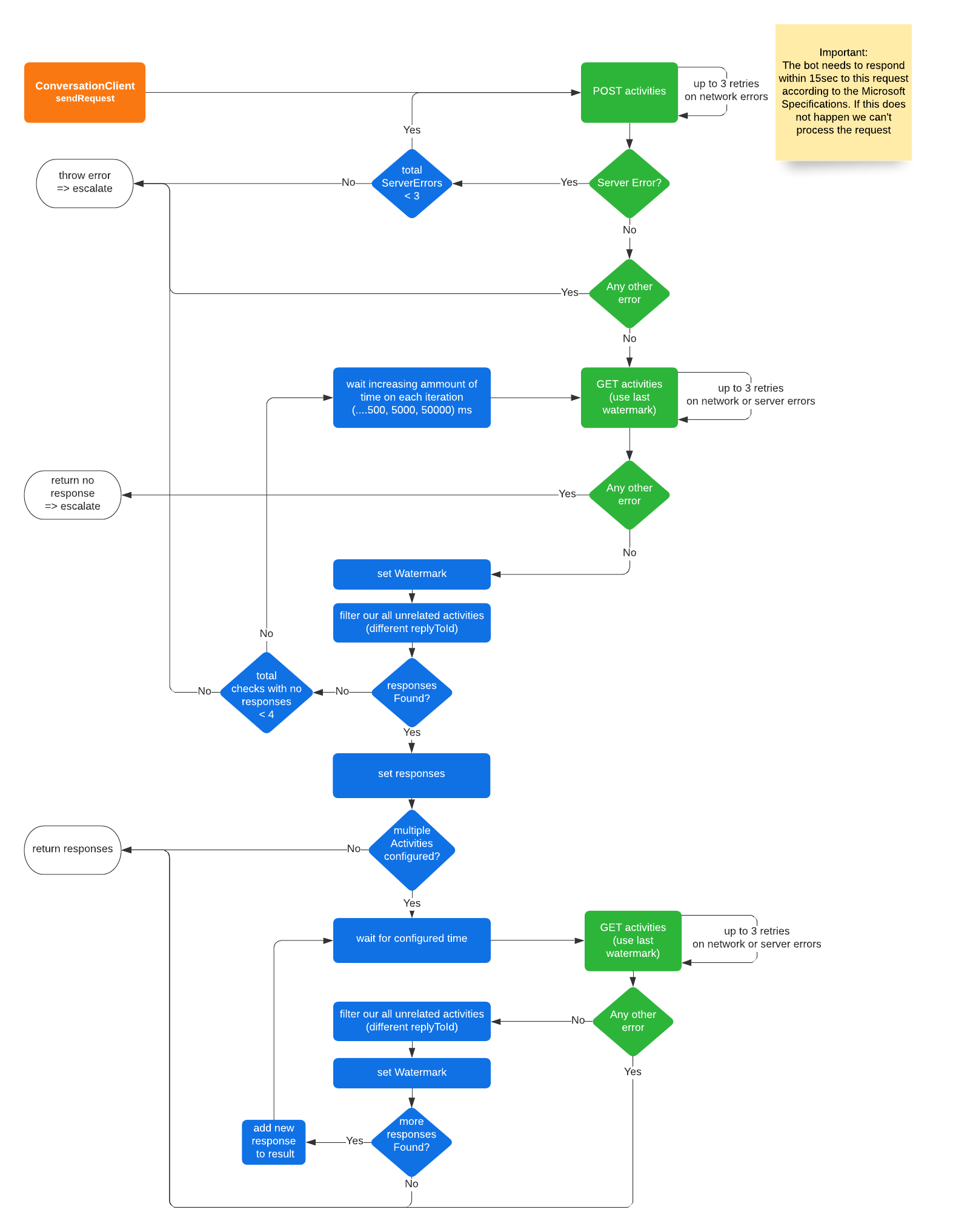 Figure 1.5 Flow for getting bot responses to a customer message