Why use an Auto Escalation dialog?

The purpose of the Auto Escalation dialog is to free the consumer from being stuck within a question. This can happen when the bot doesn't recognize the consumer's input. Because the bot can't determine the next step that should happen, the fallback response is sent, and the consumer is returned to the place where the failure occurred. The fallback response is repeated after each unrecognizable input, resulting in a stuck conversation. The consumer's predicament is illustrated in the example below. 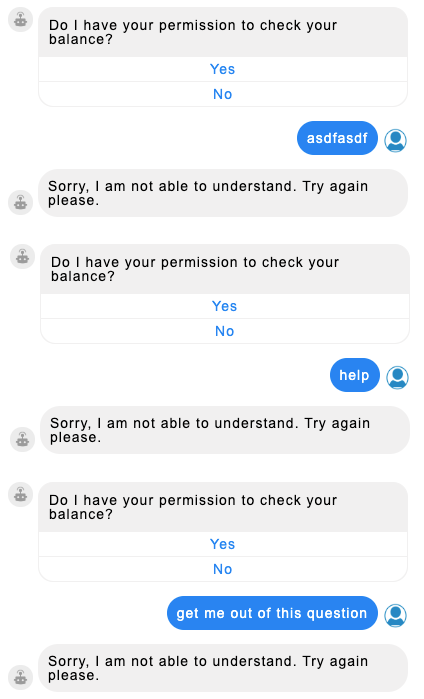 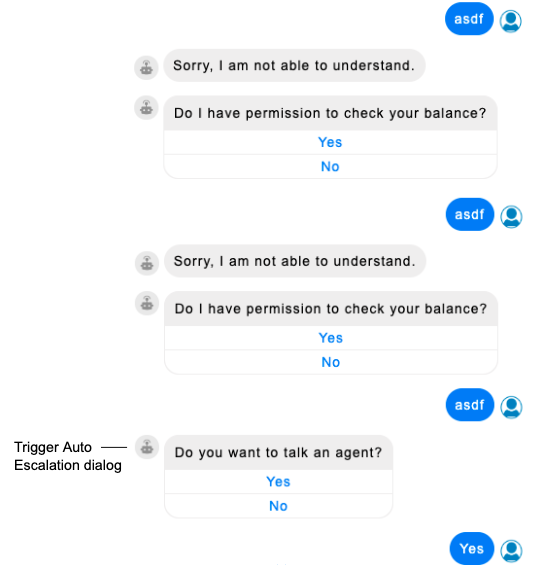 A bot can have only one Auto Escalation dialog.

To create an Auto Escalation dialog

Step 2: Build out the dialog 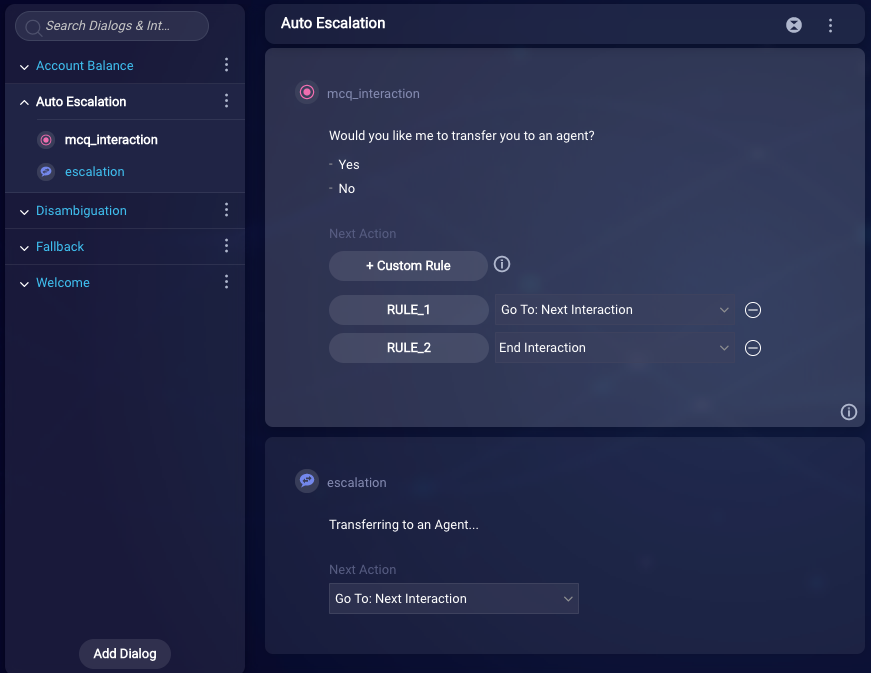 If the default dialog implementation doesn't meet your requirements, build out and/or modify the dialog. For info on configuring Agent Transfer interactions, see this section.

When you create the dialog, you configure two important settings that you might want to change afterward:

See these best practices for using Agent Transfer interactions. They include info on how to handle transfer failures and more.

Can you explain how the Auto Escalation Threshold counter works?

In general, the counter is incremented each time a failure response is sent for a question interaction. More specifically, this happens if any of the following occurs: