Consider adopting the reuse techniques below to avoid building the same components over and over again.

Create reusable “yes” and “no” intents

One way to handle the responses to yes/no questions is to use pattern matching in the response conditions:

While that approach does work, it's error prone and not the most efficient, as it means you’ll need to enter the same patterns over and over again in the response conditions for all yes/no questions.

A better approach is to create two intents in the relevant domain–one intent for “yes” and the other for “no”–and to reuse the intents across the bot’s dialogs. You might name these as follows: 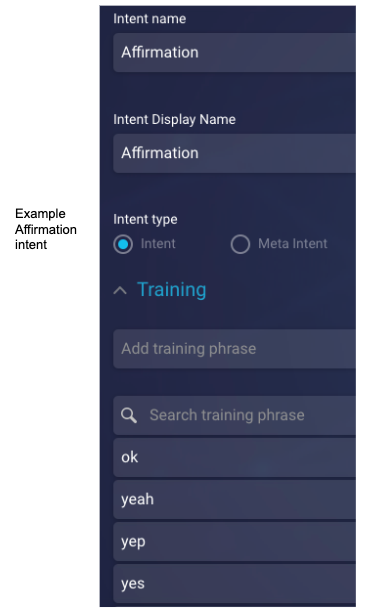 Once you create the "yes" and "no" intents, you can create response conditions that evaluate the consumer’s response against them. In a condition, simply select “Response Intent,” and then select the appropriate intent. 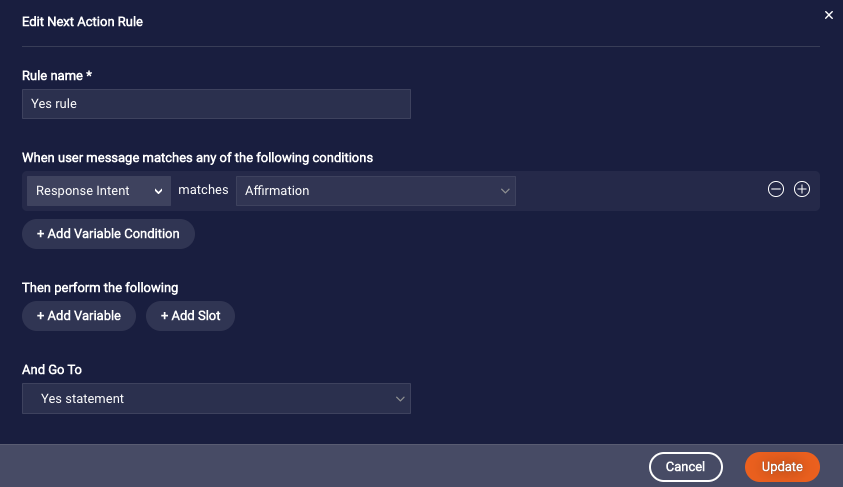 Many dialogs require the following sequence of interactions within their flow:

Did that resolve your question? Yes or No

To avoid repeatedly having to build this set of interactions within every dialog, you can create a reusable "resolve and close" dialog.

To create the "resolve and close" dialog