It’s the consumer that starts things off by supplying some input: a message or a question. In response, the bot tries to match the input with either a pattern or an intent in a Dialog Starter interaction in one of its dialogs. If a match is found, that dialog is triggered, and its flow begins.

As an example, the Goodbye dialog below is triggered when the bot matches the consumer’s message to some form (pattern) of “good-bye.” 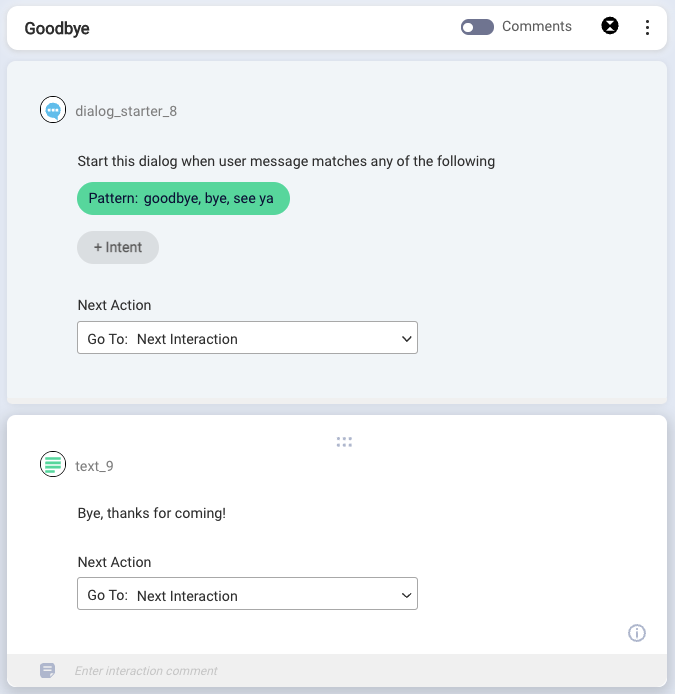 In contrast, the Billing dialog below is triggered when the bot matches the user’s message to a “Billing question” intent. 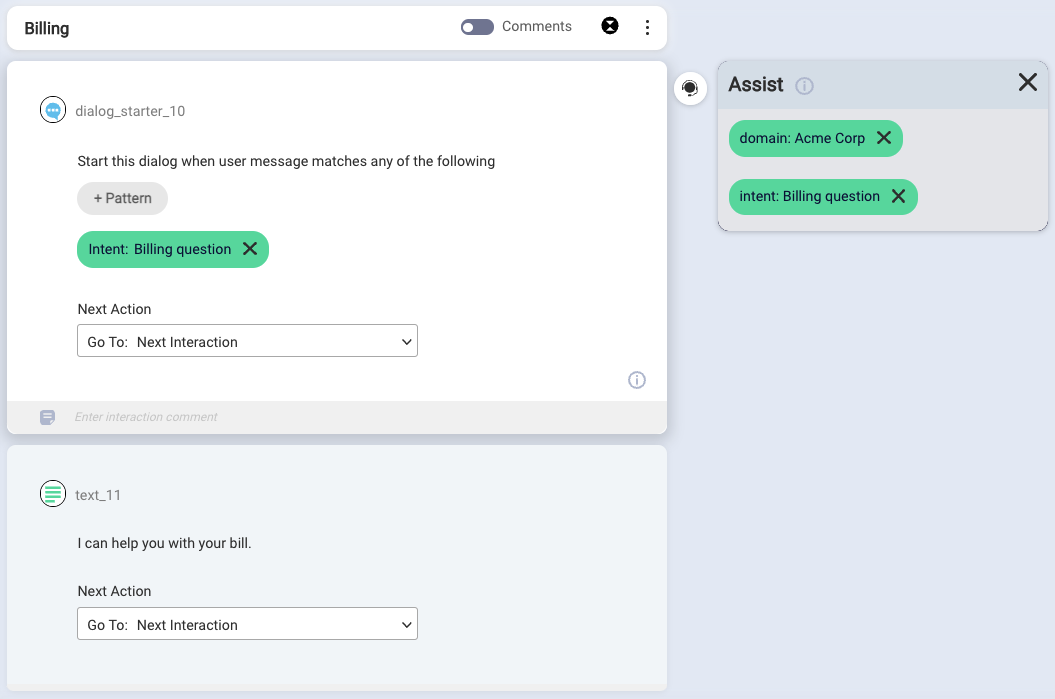 What’s an intent? An intent is a consumer request for action or info from your brand. In our example, the intent is to ask a billing question. You create intents in Intent Manager. 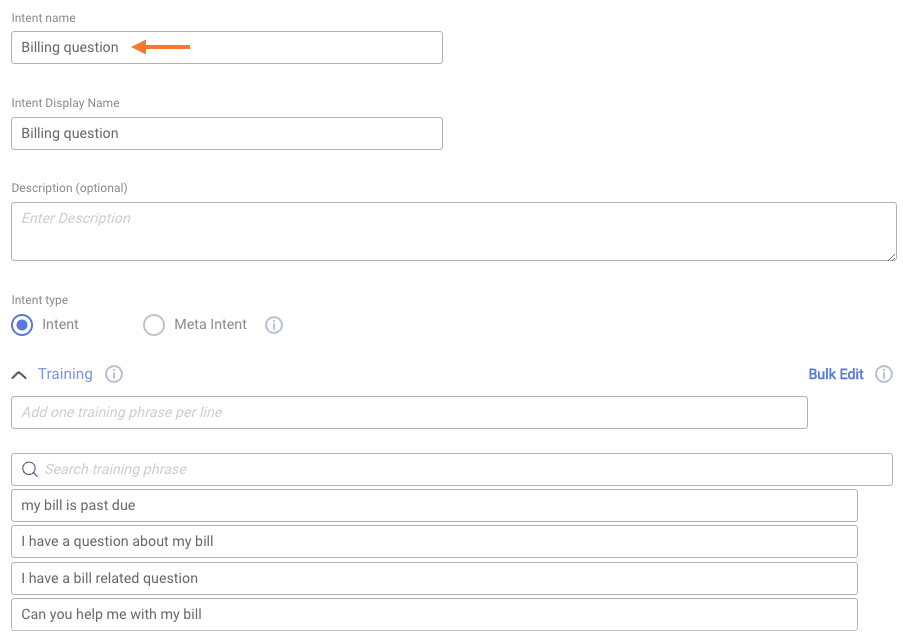 When you create a standard dialog, by default it includes a dialog starter interaction. So, typically, you don’t need to add one. But, if you delete the dialog starter, you can use the Interaction Palette to add it back. Just click the Dialog Starter icon. 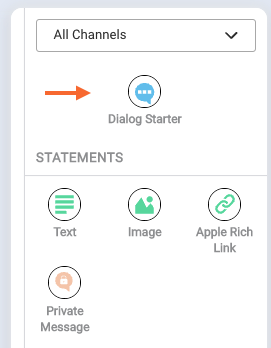 Add patterns to a dialog starter

Add an intent to a dialog starter

In the case of an intent added to a dialog starter, what must the match score be for the dialog flow to be triggered?

The score must be GOOD or better.

When do you use patterns versus intents?

Can a dialog starter have both patterns and an intent?

Yes, it can. When the consumer’s input is evaluated, it can match either one of the patterns or the intent.

Within a bot, which takes precedence: dialog starters with patterns or those with intents?